How To Avoid An Embarrassing Automated-Tweet Fail With Useful Tips 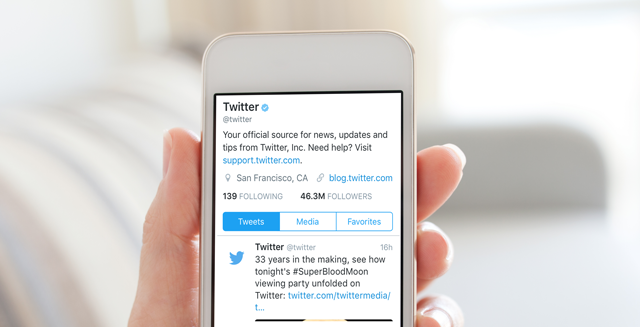 Before you get excited about saving lots of time using automated tweets or autoresponder applications, you need to understand the additional risks that come with using them in the first place. A tweet that comes out at the wrong time or in the wrong context can severely damage your company’s social-media reputation, and the devastating results may stay online for years like some of the following examples. Keep reading to learn how to avoid making some of these epic-fail Twitter mistakes:

1. Never use an application that automatically adds viral hashtags to your tweets.

You can’t automate everything. No Twitter robot is so advanced that it can understand the proper context of every viral hashtag that it may find. You need at least one human being to research and review all hashtag references to make sure that none of them link to inappropriate content that would give your brand a bad name.

For example, the DiGiorno pizza brand tweeted the ” … viral hashtag #WhyIStayed. The hashtag was being used by abuse victims in the wake of Ray Rice’s termination from the Baltimore Ravens. DiGiorno, which made the sloppy public-relations blunder only two days after TMZ released a video of Rice punching his wife in the face in an elevator, yanked the tweet within 20 minutes of issuing it. The company apologized repeatedly on Twitter, saying it had been unaware of what the hashtag meant before posting. But it was too late. The erroneous tweet instantly and predictably spawned a barrage of angry backlash tweets, incriminating screenshot of the embarrassing mishap included.”

2. Don’t automate any tweets that include the Twitter-handle names of others.

It only takes one person creating a vulgar name on their Twitter profile to destroy your retweeting campaigns, and that one mishap will go viral faster than any piece of good publicity that you’ve already worked so hard to create.

A case in point is what happened to the New England Patriots football team on Twitter. “To celebrate reaching 1 million followers on Twitter, the New England Patriots concocted an automated retweet campaign that sounded like a winner. The team would ‘say thanks’ by auto-generating digital images of Patriots jerseys featuring people’s Twitter handles. To score one, people had to retweet a #1MillionPatriots-hashtagged tweet the team issued on Nov. 13. Tons of fans retweeted it like crazy. The campaign was faring beautifully until someone created a Twitter account with an insanely offensive name and then retweeted the Patriots. — The outcome? A seriously inappropriate, incredibly offensive Twitter handle spilled across a digital version of a Patriots jersey, which was then retweeted by the team. It was anything but a public-relations touchdown. It was a major fumble.”

Try this tip instead:

A much safer idea is to build a list of authoritative Twitter profiles in your niche that you can use as your main retweet sources. Find a way to automate sharing their best tweets, and you’ll come across as a well-informed reference point for your audience.

3. Auto-replies are dangerous, and you should generally avoid using them unless you have a dedicated Twitter supervisor who can monitor them carefully.

Be very careful when playing with auto-replies because Twitter may even consider them as spam. Here’s what Twitter has to say about it now:

“The reply and mention functions are intended to make communication between users easier, and automating these processes in order to reach many users is considered an abuse of the feature. If your application creates or facilitates automated reply messages or mentions to many users, the recipients must request or otherwise indicate an intent to be contacted in advance. For example, sending automated replies based on keyword searches is not permitted. Users must also have a clear and easy way to opt-out of receiving automated reply messages and mentions from your application.

“Note: media or brands using auto-response campaigns must request approval from Twitter and may be subject to additional rules. Please reach out to your account or partner manager for assistance. If you do not have a partner manager but are interested in managed client services, contact us.”

If this regulation sounds harsh, then consider what happened to Bank of America during an Occupy Wall Street protest conversation on Twitter.

“An Occupy activist tweeted a picture of himself being chased away from a Bank of America building by New York police, after writing protest slogans in chalk on the bank’s sidewalk. And he tagged @bankofamerica in his tweet.

“After being retweeted a few times by fellow Occupy supporters, the tweet earned itself a reply from what was presumably a Bank of America robot. Tweets like ‘I work for Bank of America. What happened? Anything I can do to help?’ would make sense if this protester was looking for some customer service, but they came off as tone-deaf and ignorant given his original tweet.

“The incident quickly spiraled out of control as more protesters tweeted to the bank and received cheery, generic customer service verbiage in reply. Following this embarrassing gaffe, a Bank of America spokesperson insisted that there were real people behind each and every one of these vapid tweets, and that they didn’t use an auto-responder. But the fact that angry tweeters were answered by offers to help with user accounts makes this a good example of when not to use a bot –- whether that bot is a program or just a zonked out customer service rep.”

For the National Rifle Association, or “NRA,” it’s perfectly normal to tweet out a message for their audience to have a great weekend — but it was the worst possible message to share during a horrible tragedy like the “Batman” movie premiere shooting in Colorado on July 20, 2012:

“When the tweet was noticed by a large number of Twitter users a few hours later, many found it appalling and in poor taste given Friday’s tragic shooting in Aurora, Colo. The tweet was sent through social media management platform Hootsuite, an indication that is was likely scheduled in advance. However, the tweet had yet to be deleted by 12:00 p.m. Friday.”

In short, try to set up automated tweets for the right things, like sharing your favorite bookmarks with author mentions. That kind of tweeting is much more beneficial to get better social-media exposure for your company in the long run … without high risks of an automated Twitter fail that no one will forget. Don’t make this kind of mistake in your digital marketing campaigns.