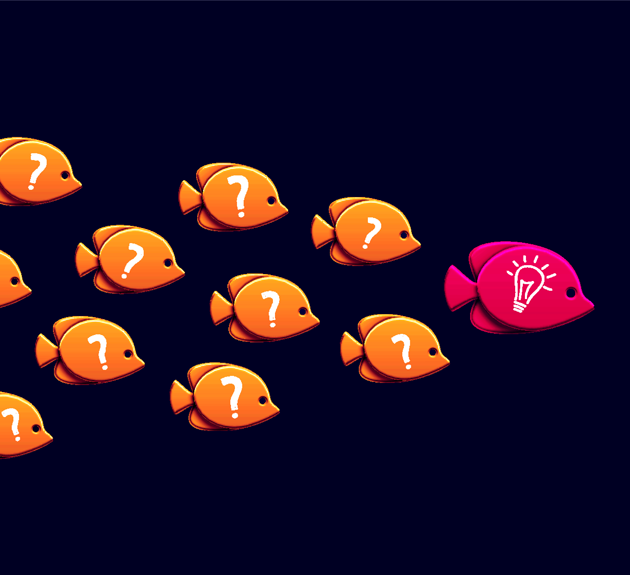 French mathematician Blaise Pascal once said that the greatness of humankind could be found within the power of thought, and the respected American author Ralph Waldo Emerson asserted that every action is preceded by thought.

These days, both Pascal and Emerson are historically regarded as two very influential thought leaders whose reputations were preceded by their reasoning, and this is something that business people should keep in mind as they engage in online branding.

Every business person who aspires to greatness should become acquainted with the modern meaning of thought leadership as it applies to the world of enterprise. At its most basic, thought leadership is a trait, ability and power that is assigned to someone by others who are influenced by reasoning and actions.

Examples of thought leadership are often found in the textbooks assigned to business students. An academic example of thought leadership would be a review of a case study based on the work of legendary French designer Coco Chanel, who masterfully created one of the most refined fashion brands in the world. As a fashion magnate, Ms. Chanel cultivated a style of reasoning that kept her in business by being trendy; one of her most memorable quotes explains that fashion is but a state of mind. In other words, Ms. Chanel’s greatness can be attributed to her ability to think of new styles that we should adopt.

The process of becoming a though leader can be summed up in three steps:

The perception that people have in relation to the three steps above will determine the reputation of the thought leader.

Thought Leadership as a Brand

Brilliant individuals and thought leaders have more than just great reputations; they tend to become brands. They shape public opinion and become easily recognized and associated with positive concepts. Once again, Coco Chanel comes to mind as a great example of a thought leader who essentially became brand bearing her last name. Another example of an iconic thought leader that became a brand is the late Steve Jobs, former CEO and co-founder of Apple.

Mr. Jobs became one of the most significant thought leaders in the field of consumer electronics and personal computing through his focus on innovation. As CEO of Apple, Mr. Jobs pushed his staff to go beyond what the company was already known for; he had already worked to build a certain style and image for Apple products, and thus the next step was to establish the brand as leader in terms of innovation.

Since 2013, various biographies, films and documentaries have emerged about the life and legacy of Mr. Jobs, and something that these works have in common is that they all took turns to explain how many aspects of his personal philosophy became part of his style of thought leadership and eventually part of the Apple brand ethos.

As a brand, Apple can be easily thought of as being a leader in the fields of personal and mobile computing. Apple has significant market share and intrinsic value, and these two achievements can be attributed to the influence of Steve Jobs as a thought leader. Moreover, Apple has an extensive online presence and a great reputation.

Going back to the film and literary works about Mr. Jobs, it becomes clear that his personal branding was clearly intended to go along with the brand along with his quest for presenting aesthetics and simplicity as the solutions to managing powerful devices such as the iPhone. In other words, Mr. Jobs was building an excellent reputation for Apple as a brand that produces devices that are powerful, look great and are easy to use. His style of management and the way he handled interpersonal relationships were less than desirable, and his relentless quest for perfection rubbed many of his associates the wrong way; however, Mr. Jobs was cognizant that his grating personality should never be part of the Apple brand, and he mostly succeeded in that regard while he was still alive.

Thought leadership and brand reputation are intertwined in the sense that they take time to develop, and this is something that Mr. Jobs learned when he came back to Apple to lead the company to greatness.

Thought leaders can be innovators, experts, explainers, or decision makers. They must also be able to tell stories in a way that others can appreciate and find value in. Thought leaders are expected to deliver, which is something that these days can be better accomplished by means of online publishing.

Content created by thought leaders is in great demand these days; books related to the legacy of Mr. Jobs and other Apple key figures can often be found in the lists of business best-sellers. Modern thought leaders are more likely to go online these days to personally post their valuable content and maintain their impeccable Internet reputations.

Business people and academics are more likely to understand the value of thought leadership as it applies to online reputation, but they may not fully understand the process of building a brand that can be discovered. Many thought leaders are invisible; they cannot be found by average Internet searchers or perhaps their meaningful content is buried underneath layers of frivolous and negative information. To this effect, online reputation management can go a long way in helping thought leaders manage their brand status.

In the end, thought leadership content can substantially help business people to build their own brands, but they must be aware that a clean online reputation is also very important in this regard.