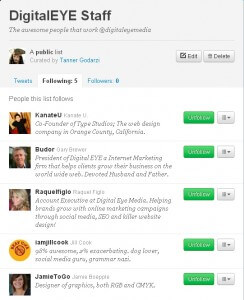 Email is showing its age it has become a spam-ridden and inefficient medium that can bog down anyone. Twitter solves all of those problems.

Twitter’s message interface is extremely simple and condenses messaging to its simplest form. Its 140-character limit forces you to say what you really need to say, instead of dressing up your words. Messaging on Twitter is fast and the spam filtering system that has been put in place works very efficiently. If you’ve been overwhelmed by the amount of emails you receive, Twitter will reduce the amount of noise surrounding your most important messages you will no longer be bombarded with paragraphs of text in your emails. Twitter is the email killer.

Twitter’s simplistic interface is very attractive as it reflects the short messaging system’s straight to the point approach to communication. You can message users one of two ways through a public reply or private message. Both can be done wherever you are in Twitter. Type @username and your message is a reply part of a public conversation. Typing DM @username is a private message and is only seen between you and the recipient. Both allow you to insert links in your messages and are subject to the 140-character limit of Twitter. The only downside to direct messages on Twitter is that the person you want to communicate with must be following you, and vice versa.

Twitter’s Lists allow you to organize your co-workers, friends and fans into a very easy to manage groups
that give you a bird’s eye view of who’s who and an easy way to contact them.

Making a list is extremely easy to do and is very handy for managing however many followers you have. Twitter lists can be made public or private. If it’s your coworkers, I suggest making the list public in order to help promote your company and create a personal bond between clients; just make sure to respect your co-worker’s wishes if they don’t want to be on a public list. Mashable has a complete break down of how Twitter lists work and
how to better utilize them.

One of the biggest complaints about email is spam – Twitter’s method of filtering is very efficient and easy. If there is a user you don’t want following you, block them or make your profile private. These
two tools combined make it extremely difficult for spam to reach you.

If for whatever reason spam does reach you, you can instantly report the offending Tweet or user. The second
you report a user for spamming you, they can no longer message or follow you. This is fundamentally different from email, which relies on rules to restrict the flow of mail form a sender and direct it to a junk folder: Twitter makes it impossible for that user to message you again.

Twitter is great everywhere email is weak and then some. Spam filtering is extremely easy to manage. Shorter messages reduce communication down to its most basic form to get the point across faster. Twitter also makes it easy to interact and engage in conversations with the people you really want to
talk to.

We think Twitter is an email killer. Will you be using Twitter to simplify your messaging system?