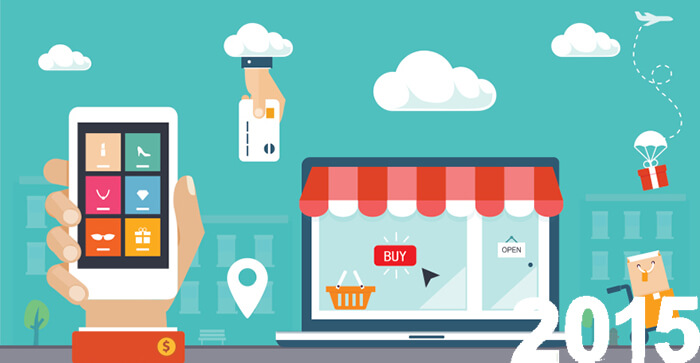 The mobile revolution has practically turned the marketing world upside down in the space of a few short years. Advances in mobile technology and marketing techniques spelled new opportunities for businesses of every size and description over the course of 2014, and 2015 is already shaping up to be a banner year for the mobile marketing community.

According to a study by ComScore, 60 percent of all digital media activity is already occurring on a mobile device. Mobile is clearly the wave of the future, and can only be ignored by marketers at great peril to their bottom line. To be forewarned is to be forearmed, or so the old Latin proverb tells us. With that in mind, here’s a rundown of four of the most important mobile trends that marketers need to be aware of going into 2015.

Increased Adoption of Location-based Marketing
Geo-location, geo-fencing, beacons, and retailer-specific maps are expected to gain ground during 2015. These apps allow marketers to track and follow users wherever they are in order to deliver timely and highly targeted geo-specific messages and offers. Dairy Queen is currently testing a new app that will allow it to deliver geo-targeted coupons to users in close proximity to one of their stores. Taking matters a step further, the Target department store chain has partnered with leading mapping technology provider Point Inside to offer users enhanced navigation of its retail outlets. With this new app update, Target customers can access interactive store maps that guide them in locating each item on their shopping list.

The Continued Growth of Mobile Video
Video in general continues its hot streak as a powerful and effective advertising medium, with more and more videos being viewed on a mobile device. American smartphone users watch an average of 33 minutes of video each day, and an estimated 62 percent accept the notion of viewing 15 to 30-second ads as an acceptable price to pay for the ability to access video content. According to studies by the Mobile Marketing Association, non-skippable 15 to 30-second ads are routinely delivering fairly high completion rates.

The Quest for a Better Mobile ROI Model
Despite the explosive growth of mobile device usage, mobile ad spend continues to lag far behind. While Americans last year spent 25 percent of their media time on a mobile device, mobile’s share of the ad spend for the same period totaled less than 10 percent. The difficulty of accurately determining mobile’s return on investment is believed to be the most likely culprit; studies have shown that only 18 percent of digital marketers expressed high levels of confidence in their ability to measure ROI for their mobile campaigns. New metrics have to be devised to account for such anomalies in the mobile market as cross-channel and in-store sales attribution and post-click engagement.

Overcoming Mobile App Burnout
The average smartphone user downloads between 25 and 40 apps but regularly uses only one-half of that number or less. This app burnout phenomenon is fairly commonplace, with many users opening an app only once or twice after having downloaded it. The problem is that there are simply too many apps available for the typical user to manage. To reduce the risk of losing their users, marketers need to routinely review and upgrade their mobile apps with additional capabilities and added value.