The Benefits and Best Practices of a Multilingual Website 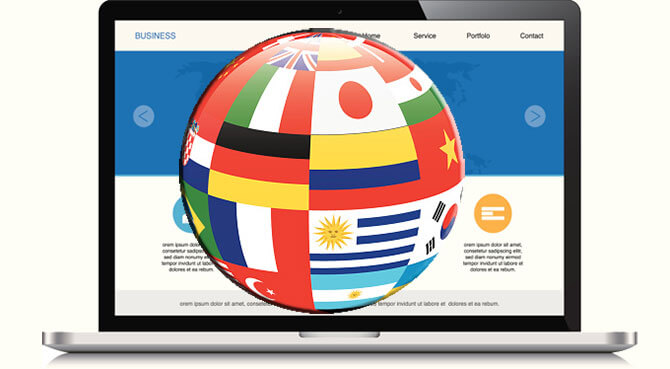 In the beginning, the digital world was forged by English-speaking developers and users. Personal computers as well as the Internet were the product of Western-based technology and ideas. However, as Bob Dylan once sang, “The times they are a-changing.”

Internet penetration in the United States, Germany, the United Kingdom, and Sweden has reached the point of near saturation and is beginning to show signs of leveling off. In a number of other countries, namely France, Hong Kong, Italy, and Japan, Internet usage continues to increase each year.

The key takeaway here is that a company with any current or future interest in doing business overseas needs to seriously consider making the switch to a multilingual website.

People Prefer to Browse and Shop in Their Native Tongue
English may be the universal language, at least for now, but that doesn’t make it’s the language of choice for an estimated 65 percent of active Internet users worldwide. A study of European Union Internet users revealed that 90 percent preferred visiting a website that catered to their own language when offered a choice. Furthermore, 42 percent stated that they never shop or purchase from sites not in their native language, with 38 percent claiming that they only occasionally buy from foreign language sites.

A Multilingual Site Helps Build Trust
In many cultures, making an online purchase from a foreign language website requires a considerable leap of faith, particularly if the site is written in a language that the user is not proficient in. With a language alternative in their native tongue, many non-English speaking consumers would feel more comfortable once they were satisfied that they knew who they were buying from and exactly what they were getting.

A Multilingual Site Enables Access to Foreign Language Search Engines
In a number of countries, Google is not the default search engine. Native language search engines are increasing in popularity because users feel more comfortable searching in their native tongue. Unless these engines can crawl and index your pages in the local language, your site is not going to be found in their search results.

A Multilingual Site Demonstrates Your Customer-Centric Philosophy
The fact that you have taken the trouble to offer customers a website that caters to their native language reassures them that you care about their needs and are willing to take the extra step to gain their trust – and business.

A Multilingual Site Offers the Potential for Increased Sales
Every language added to your website has the potential for dramatically increasing your sales. Adding just a few of the major world languages such as French, Spanish, and German could potentially double your sales with a very modest investment.

Best Practices for a Multilingual Site