The client hired Digital EYE Media to engage in a digital marketing campaign including organic search, social media, content marketing and online reputation management. Their goal was to remove the negative results about their brand from the first page of Google and generate more website leads. Campaign results and ROI surpassed goals we set with the client in the discovery phase so they renewed the campaign terms after sixth months to ongoing status.

The client came to Digital EYE Media with the problem that 70% of the results on the first page for their brand name were negative results. The client was engaged in outbound marketing campaigns and when prospects would Google their brand name to learn more they would read these comments of unhappy customers and change their mind about working with the client. These negative results dominating the real estate on the first page of Google was essentially costing them $20,000 per month in lost business that they were able to track. The client was also not engaging in any inbound marketing campaign, had minimal on page content and no blog so organic website traffic and conversions were minimal.

There are a great deal of large competitors with big budgets in this space competing for market share of short tail industry keywords so Digital EYE Media made the recommendations to focus on optimizing for long tail informational based search queries to drive traffic to the company blog. We felt that many competitors in this space were focusing solely on lead generation and converting leads in the final stage of the buying cycle as opposed to providing valuable information to their clients and prospects.

We believe providing this valuable information would separate them from other competitors in the industry and would establish a great deal of credibility and trust when these prospects were in the informational phase of the buying cycle. Focusing on providing informational content as well as dominating the first page of the SERPs for the ORM campaign allowed organic website traffic to grow. Goal URL tracking was configured in Google Analytics to be able to report the exact number of leads generated from the website.

The results are a reflection of the campaign comparing a one-year over one-year time frame. The campaign results in the most recent one-year time period show a 122.57% increase in organic traffic and a 74.5% increase in direct traffic, which generated 2,317 online leads. With a 17.6% company sales conversion the 1,912 organic leads resulted in 333 funded deals. Over this one-year time period, the campaign costs from organic search and ORM fulfillment equaled $10,000/month for a total of $120,000 resulted in $476,800 in funded deal revenue and $240,000 in revenue that was no longer lost due to the ORM success.

*Figures expressed with traffic not being recorded for one month in 14’-15’ due to a site redesign. 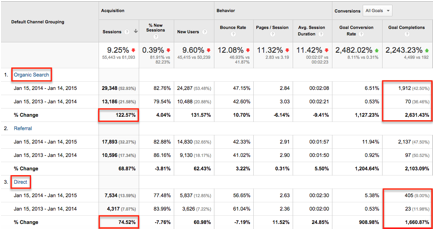 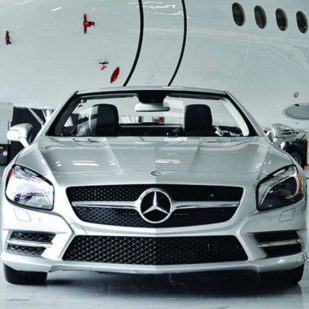 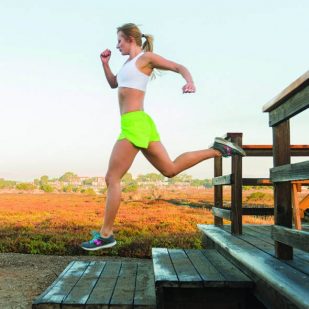 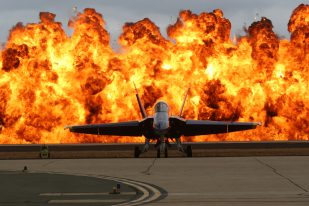